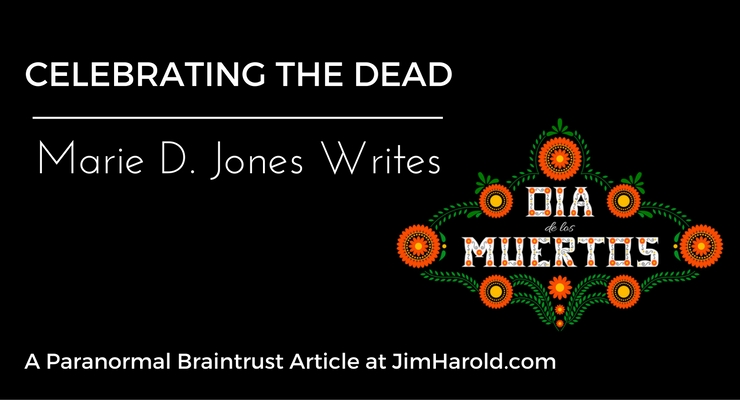 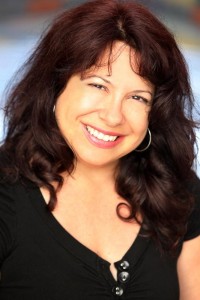 Every October 31st, Americans head to parties or hit the streets dressed in elaborate, often spooky costumes, in celebration of Halloween, a time when the veil between this world and the world beyond death is said to be at its thinnest.

We decorate our homes and yards with scary monsters, witches and ghouls, provoking a fun sense of repulsion of all things terrifying. We cut up pumpkins and light with candles, and watch out for black cats. We spend a ton of money preparing for and enjoying one of the biggest and most anticipated holidays in the United States, rivaling Christmas for some people!

But throughout Mexico and parts of America with large Hispanic populations, another holiday offers a truer reverence for the dead with a rich history dating back thousand of years. Dia de Muertos, or Dia de los Muertos, is the “Day of the Dead” to millions of people that both playfully mocks, and joyfully reveres, death. The tradition began over 3,000 years ago when Aztecs and other Meso-American cultures created rituals that honored the duality of life and death. One of their core beliefs was that reality was the dream, and that death was when we truly became “awake.”

Dia de Muertos celebrations lasted three days, as they still do today, and end on November 2nd. Because they began on the same night as Halloween, the two traditions are often confused and mistakenly intertwined. The major difference is in the tone of the celebrations. Again, Halloween looks at the scarier side of death, while Dia de Muertos celebrates it with colorful dances, decorative skulls and candles, and other festivities, including the construction of elaborate private altars called “ofrendas,” with pathways of marigolds that are meant to welcome the dearly deceased. The Mexican “cempasuchil” or marigold, is the traditional “flor de muerto” or Flower of the Dead. Altars can be decorated with sugar skulls and other foods and spirits (including tequila or mescal) that the deceased loved most, as well as pictures and objects once owned by the deceased. If the deceased was a child, the altar might include toys and trinkets including favorite candies. Families hold vigils at their homes, or at cemeteries, and take pride in decorating the gravestones of their dead relatives, leaving gifts of food, flowers and sugar skulls, or actual possessions that belonged to the deceased person.

Family homes are decorated with skulls and skeletons, made out of cardboard or tissue paper, and always colorful and bold. Because of the Spanish colonization of Mexico, often Christian objects are found on altars alongside much more pagan objects. This might include crosses, rosary beads and statues of Christ or the Virgin Mary.

As with most major holidays, food and drink is a big part of Dia de Muertos festivities, with cakes and breads such as pan de muerto (bread of the dead) that have been baked around a small skeleton or skull. In fact, the garishly painted skulls now most associated with the holiday period are sold in shops and markets, but those made by hand are most cherished. Some are meant to eat, and are made of sugar or chocolate or even wood, with the name of the deceased etched into the forehead, but others are purely decorative and have become a popular collector’s item in the Southwest for those wishing to give their homes a distinct Mexican traditional flavor. To show the difference between our Halloween and the Dia de Muertos, in our culture, a skull is an object to be feared and signifies death in a terrifying way. We even use it to identify substances that are toxic and deadly, while to the Mexican people, a skull is a symbol of life, death and rebirth.

Prayer and remembrance also mark most Dia de Muertos festivities, something we do not do at Halloween, even though Halloween also has at its roots a time of reverence and celebration of the dead before it became commercialized. Some cultures wear shells and use other noisemakers to dance around and “wake the dead.” Others actually wear the clothing of their deceased loved ones. From village to village, traditions might vary, but all would be centered on honoring, not fearing, the dead and treating them with love, respect and a sense of sacredness. This attitude towards death has obvious pagan roots where the cycles of life were not only understood, but also accepted and honored, unlike today’s more modern cultures that have all but wiped nature off the map and made death something to be dreaded and avoided at all costs.

Like Halloween, Dia de Muertos was altered by the course of history when the Spanish colonization of the 16th century prompted the Catholic Church to move the original August three-day celebration period to coincide with Allhallowtide, All Saints’ Eve, and All Saints’ Day. Yet, scholars state the original festivities most likely lasted the entire month of August during which the dead came back to visit their loved ones. These summer festivities honored a goddess, the Lady of the Dead or La Calavera Catrina of modern times. “Calavara” is Spanish for skull, and the word is also used to signify a poem playfully mocking the dead, a custom that originated in the 18th century. La Calavera Catrina is a fun parody celebration of a Mexican goddess or upper class woman, complete with little dolls called “Catrinas” and men and women wearing costumes with skull masks. They also might get tattoos of the names of the dead, or carry dolls of the dead with them for good luck, much like we carry a rabbit’s foot or tattoo our children’s and lover’s names on our bodies.

The use of costumes and masks no doubt influenced or at least coincided with dressing up for Halloween and taking on the persona of a spooky entity, ghostly being or today, a trampy French maid. In modern urban areas that mark the Dia de Muertos, children do wear costumes and walk the streets, knocking on doors to ask for a “calaverita,” which might be a small gift of money or some candy treats, and even ask passers-by on the streets for goodies, something our Halloween kids have yet to figure out (twice the candy!).

The Spanish conquest of the Meso-American cultures resulted in changes to their old traditions, just as the Celtic holiday of Samhain, a celebration of death and renewal which gave Halloween many of its symbolic traditions, was suppressed and absorbed by the Catholic celebrations as well, something that happened with most major pagan holidays and traditions (Easter, Christmas…). Dia de Muertos also is linked to an ancient Aztec festival that was dedicated to a goddess named Mictecacihuatl and was once only a day of celebration for indigenous peoples in a very specific part of Mexico, before spreading further into the world in the 20th century. Holidays honoring goddesses and women often later became morphed into Christian holidays honoring male saints, or degraded and disempowered the women figures, much like our Halloween took the pagan crone, a wise old woman, and turned her into an ugly, wart-covered witch. Because the Spanish who conquered the Aztec became the dominant force and religion in the Mexican region, their influences naturally became interwoven with those of indigenous peoples, when they didn’t completely wipe them off the map.

Recently, the Mexican government made Dia de Muertos a national holiday in line with educational policies enforced in the 1960s that encouraged the practice of national traditions that unified cultures and regions of indigenous peoples. Many modern regions in Mexico honor different things on each of the three days, with one day devoted to dead children, and one to adults. Children are honored on Dia de los Inocentes, Day of the Innocents, and Dia de lost Angelitos, Day of the Little Angels. November 2nd was reserved for Dia de los Muertos, the Day of the Dead focusing on adults.

More recently, other nations such as Fiji, Indonesia, New Zealand and Australia have their own versions of a Day of the Dead, borrowing from the Mexican culture. South American nations celebrate as well, especially their indigenous populations. One of the more unusual rituals comes from Bolivia and is celebrated on May 5th. The Dia de los Natitas, or Day of the Skulls, comes from an ancient practice of actually spending the day with the skeletal bones of the deceased relative. Nowadays, they just keep the skull around, decorating it with flowers and trinkets, and making offerings of cigarettes and alcohol to thank the dead for watching over and protecting family members.

In America, the three-day festival now welcomes those of all cultures and races, who take part in enjoying a different perspective of the dead. Instead of being terrorized by ghost, ghouls and demons, those involved choose to celebrate the ones who have come before us with color, music, food and festivities alongside more serious prayer and remembrance. Though most festivities occur in the Southwest, a region with a high Hispanic population, cities throughout the country take part in this unique mash-up of Mexican and American cultures that, although they retain their classic Aztec origins, change with the times to adapt to new celebrations that honor the dead and embrace activism, environmental awareness and community involvement.

Sadly, the Spanish conquest thought the customs surrounding Dia de Muertos as being barbaric and primitive, not understanding the dual nature of life and death, light and dark, male and female, and other nature-related elements that were such a powerful part of the worldview of older tribes and cultures. Because of that, we may never know all the traditions and symbols used to show respect to the dead, since many of them were probably suppressed by Catholic Church leaders, who probably threatened punishment upon the lowly pagans who continued to practice such rituals and festivities. But like the old Aztec and Meso-American myths, their traditions remain at the core of many holidays we Westerners now like to think we created and evolved.

The subject of death is remembered mainly here in America as a time to mourn and grieve, as in our many holidays devoted to those lost in war or terrorist attacks. But other cultures that retain more pagan roots, while grieving death (as we are all human), instead look upon it as one part of a cycle or a wheel that turns over and over again, just as the natural world is a wheel of planting, harvesting, and planting again. Because our ancestors were so in tune with the earth’s cycles, whether they be the phases of the moon, the shifting tides, the changing seasons or the growth of animals, plants and humans evolving towards death, they came to see each part of the cycle as something to be cherished, and not feared or dreaded. Without death, there cannot be room for new life. Without the change of seasons, there can be no renewal of plant life in the spring, and new harvests of crops in the fall. Everything was in tune and in perfect order and harmony.

The Dia de Muertos may be just a time to party and eat great food and wear crazy skull masks for many people. But to millions of others around the world, it is an acknowledgement of a critical part of the ever-spinning wheel of existence, and a way to thank those who came before us and were a part of that wheel.