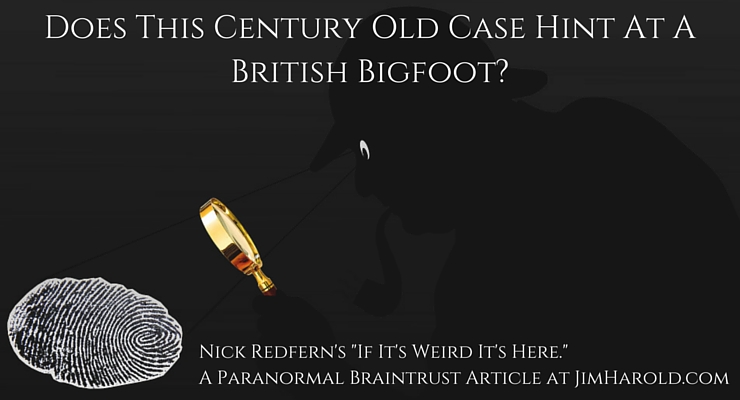 Now, some might say that the strange saga of George Edalji was nothing more than a case of some deranged individual – whether Edalji, or possibly a local butcher’s boy named Royden Sharp, or someone else whose identity has never been ascertained – performing terrible acts that warranted incarceration. No-one, surely, would have a problem about placing such a person behind bars – and for a very long time. But, was the culprit George Edalji? Well, that’s the big question. There are a number of valid reasons as to why Edalji may not have been the guilty party. Born in 1876 to a mother of Scottish descent and a father who was from Bombay, India, George – along with the rest of his family – suffered from racist taunts, some of which came from the local police. Indeed, the Chief Constable of the Staffordshire Police loudly and outrageously proclaimed “black men [were] less than beasts.” Locals viewed the family with suspicion. Anonymous, threatening letters were sent to the Edalji home, and a campaign of intimidation and terror rolled on for years, and which culminated in George Edalji’s arrest and conviction for horse-maiming. Until, that is, Conan Doyle stepped into the swirling mystery and Edalji became a free man. Living very close to where George Edalji dwelled decades earlier, I – like most of my family and friends – had heard the tales of the animal mutilations, of the Conan Doyle connection, and of the menace that the entire affair created in and around Great Wyrley, back at the turn of the 20th century. But, with a growing interest in matters relative to the domains of the mysterious, the supernatural, and the occult, I began to realize that there were some aspects to the controversy which pushed things down very strange pathways. Possibly, even, supernatural pathways. There was talk – often hushed talk – of the unfortunate horses being sacrificed to appease ancient, terrible, supernatural entities. One of the strangest of all accounts suggested that the culprit was a large ape. This is intriguing, since Staffordshire has a long and controversial history of “out of place apes” and of “British Bigfoot.” In the Edalji story, however, the suggestion was that the ape was a wholly normal one – possibly a chimpanzee – which had been hypnotized to attack and kill the horses. A similar story in circulation posited that well-trained and aggressive boar were responsible. [clickToTweet tweet=”Nick Redfern asks, Does This Case Hint At A British Bigfoot?” quote=”Does This Case Hint At A British Bigfoot?”]Large and violent birds of an unknown kind, and even a wild and marauding cat, were suggested. In terms of the latter, we’re talking about an ocelot, which is known as the “dwarf leopard” and which exists in South America, Central America, and Mexico. It just so happens that the creature in question was a very real one. It was owned by a man named Dr. John Kerr Butter. He lived not at all far from where the attacks occurred, and, at the time of Edalji’s arrest, Butter was retained by the police to check for any incriminating horse-hairs on Edalji’s clothing. Whispers suggest that it was Butter’s ocelot (he may have owned several over the years…) that was the real cause of the horse attacks, and not Edalji, after all. Darker whispers suggest that Butter might well have had a vested interest in placing the blame on Edalji, specifically to direct people away from himself and his wild cat. Whatever the truth, Butter’s ocelot vanished under odd circumstances; although a second is rumored to have come into his hands a few years later. Well, as I’m sure you can guess, all this entertained and intrigued a very young Nick Redfern, to the extent that I still take note of any and all new developments in the strange saga of George Edalji. As for the latest development, it’s occurring right now. As I write these words, the PBS channel is airing a 3-part, dramatized series on the mystery titled Arthur & George, and which is based upon a novel of the same name by Julian Barnes. It demonstrates that this macabre and unsettling piece of Great Wyrley history is unlikely to fade away anytime soon.

A note from Jim Harold: I am thrilled that the great Nick Redfern will be a regular contributor to our Paranormal Braintrust section at JimHarold.com