You are here: Home / Archives for cryptozoology

Jason Offutt has spent a good deal of time chasing American monsters and we talk about it on this edition of The Paranormal Podcast.

You can find his new book at Amazon.com: Chasing American Monsters

The Paranormal Podcast is brought to you by Gaia, THE streaming TV service dedicated to exploring the cutting edge of metaphysics, ancient wisdom and the unexplained. Gaia has even gotten better for 2019, check it out!

Get your first two weeks for only 99 cents at gaia.com/jim

We talk to Colin Schneider, a 16 year old, who has dedicated his young life to monster hunting. This kid is awesome and extremely knowledgeable about cryptozoology!

In part two, we talk to Jacqueline Davieau about her communication with her late son from the other side.

You can find Jacqueline’s book at Amazon.com:

Inspiration From Above: My Son Guides Me From The Afterlife

Thanks Colin and Jacqueline!

The Paranormal Podcast is brought to you by Gaia, THE streaming TV service dedicated to exploring the cutting edge of metaphysics, ancient wisdom and the unexplained.

Get your first month for only 99 cents at gaia.com/jim

For decades (some say centuries), the United Kingdom has been plagued by reports of what have become known as Alien Big Cats – or, as they are also termed, ABCs. While there are more than a handful of reports that pre-date the 1970s, it was from the early 1980s onward that the phenomenon really began to take off big-time. We’re talking about mysterious cats – very often black and sometimes tan – the size of mountain-lions. Most people probably don’t need to be told that the U.K. is certainly not the home of an indigenous large, powerful cat of the type that has been reported on literally hundreds of occasions. But, that doesn’t take away the fact that people see such things on a regular basis – and they report them on a regular basis too.

It’s not just people like me – seekers of mysterious animals – who find themselves on the received end of such reports. The nation’s media (regional and national) regularly comments on the ABC puzzle. And, as the U.K.’s Freedom of Information Act has demonstrated, regional police forces have undertaken their own investigations of the phenomenon (sometimes even to the extent of using helicopters equipped with heat-seeking technology). Elements of the British Army have also played significant roles in the quest to resolve the matter.

Unfortunately, and despite intensive quests and investigations, the matter remains largely unresolved. Yes, occasionally, a lynx or a jungle cat is encountered – and caught. But, for the most part, the issue of the very large black cats prowling around the countryside remains enigmatic. Admittedly, one definitive ABC – a puma – was caught in Scotland in 1980. However, she was extremely tame and comfortable around people, was old, was suffering from arthritis, and was almost certainly released into the wild not long before she was captured. She spent the remaining five years of her life living very happily in the Highland Wildlife Park. She was christened Felicity.

But, Felicity aside, we’re still at a loss to explain the massive numbers of ABCs that are said to call the U.K. their home. Most researchers of the phenomenon tend to go with the idea that the cats are escapees from private-zoos and enclosures – or the offspring (of the offspring) of large cats that escaped – or which were deliberately released – decades earlier. It must be said, however, there are some ABC encounters that are not just strange, but which are downright bizarre. I have in my files reports of Alien Big Cats vanishing before the eyes of the shocked witnesses. And when I say “vanishing” I mean as in literally. Dematerializing, in other words. I also have one report of someone who claimed to have seen – on Dartmoor, Devon, England – a large black cat in the company of a werewolf-type beast! And I have two reports of people who state they have seen large black cats exiting landed UFOs (interestingly, both cases came from the English county of Yorkshire, one in 1968 and the other in 1982). And then there’s the matter of shape-shifting. Yes, really.

I have in my files a very strange story of a woman who claimed to have seen, in 1989, in the heart of England’s Cannock Chase woods (a place notorious for its links to paranormal activity), a huge black cat, as she took a stroll on a hot, summer’s day. She almost literally walked into the ABC as she headed along a well-worn track near the village of Milford. Incredibly, the woman claimed that as the two stood staring at each other (she was, unsurprisingly, frozen to the spot in terror), the ABC morphed into the form of a large black dog. It glared at her for a moment and then wandered off and vanished into the undergrowth. Notably, the U.K. has a centuries-old tradition of paranormal black dogs: they’re known as Phantom Black Dogs. One such legend prompted Sir Arthur Conan Doyle to write his classic Sherlock Holmes novel, The Hound of the Baskervilles.

Bizarrely, I also have a story concerning the sighting of a large black cat seen in Suffolk, England, in 1941 that allegedly transformed into a hare! Interestingly, in folklore the hare is perceived as a trickster, and also the form into which a witch can morph. And while we’re on the matter of witches…

In 1984, there was a wave of encounters with an Alien Big Cat which became known as the “Rossendale Lion.” It was an affair investigated extensively by Andy Roberts, the author of many books and articles on Fortean phenomena. People told of seeing the large cat. Sheep were reportedly slaughtered by it. And the local police took the matter very seriously. As Andy noted in his 1986 booklet, Cat Flaps! Northern Mystery Cats: “Rossendale is a collection of valleys on the fringes of the Pennines hill-chain about fourteen miles north-east of Manchester.”

Andy touches on the matter of shapeshifting black-cats in relation to a woman named Barbara Brandolini, a witch. Andy notes that she “…claimed that she was responsible for the sheep killings in Rossendale.” Andy continues that Brandolini stated she “actually became the panther” herself.

Indeed, she proclaimed: “I will appear as a big cat in Hepstonstall. People tend to think it all belongs in books and so on but it does not. It is very real.” Interestingly, although no ABC was seen in Hepstonstall “strange animal noises” were heard in and around the small village in the wake of Brandolini’s statement.

Of course, it’s controversial enough to assert that large black cats are on the loose in the U.K. It’s quite another thing to suggest they might be something more (or something less) than mere flesh and blood. Whatever the truth of the matter, the ABC’s of the United Kingdom continue to be seen – and they continue to perplex, too.

The Boggy Creek Monster, The Beast of Whitehurst and The Minerva Monster are the trilogy of cryptid creatures examined by a threefmovie series from Small Town Monsters. We talk to Seth Breedlove and Brandon Dalo about making movies about these magnificent monsters!

Nick Redfern tells us of his travels in search of the elusive Chupacabra. In part two of this week’s Paranormal Podcast, filmmaker Christopher P. Garetano joins us to talk about his investigation into the mysteries of Montauk, New York!

You can find Nick’s book on the chupacabra at Amazon.com: Chupacabra Road Trip: In Search of the Elusive Beast

You can learn more about Christopher’s movie, The Montauk Chronicles at the website HERE.

We talk to the “Texas Cryptid Hunter” Michael Mayes about hunting Bigfoot and other strange creatures!

Eric Altman joins us to talk about all things Bigfoot! Cryptozoology is the subject on this week’s Paranormal Podcast!

Skeptics Blake Smith and Dr. Todd Disotell join us to share their thoughts on Bigfoot and other monsters.

These are the kinds of stories that lend credence to the idea that sea monsters may, very well, be real…love it!

Scientists track a shark and determine that it was eaten by a sea monster!!! 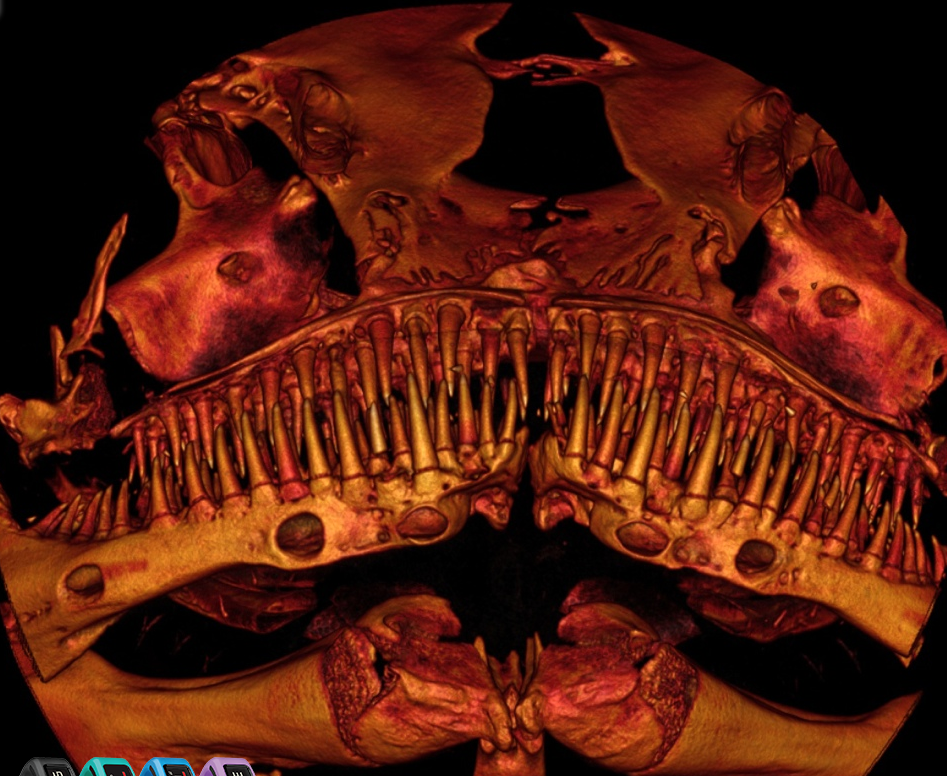 Imagine catching this on the other end of your line!  This small catfish, a Kryptoglanis shajii, is being studied by scientists and is only found in a small region of India.  This kind of discovery is why I hold out hope for Bigfoot and other cryptids.  We are always discovering new, weird species.  I was thinking about going fishing this weekend, but maybe now I’ll pass…yechhh!!!