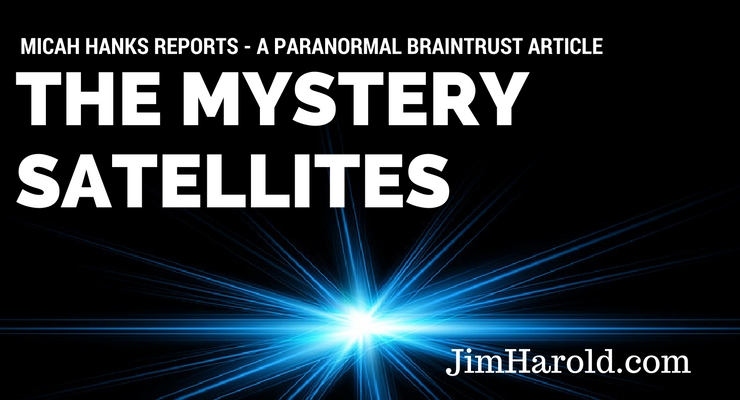 Humanity has a long history with reports of odd things seen in Earth’s skies. For decades, reports of unidentified flying objects have captured the public imagination, with particular emphasis on descriptions of things likened to “flying saucers”, and more recently, large, ominous triangle-shaped craft that occasionally plod their way through the night sky at fairly low altitudes.

Harkening back to the early days of modern UFOlogy, there were reports of other things, as well. Beginning in the early 1950s, astronomers began to detect a number of unusual satellites circling the Earth, some of which moved against the natural spin of the planet in a retrograde orbit.

Today, the observation of such satellites is quite commonplace, and on any clear night, one can step out into a field or other area relatively free from city lights, and observe any number of objects reflecting sunlight as they traverse the sky overhead. However, until the launch of Sputnik I by the Russian space agency in 1957, there were no artificial satellites believed to have been launched into orbit, let alone any rockets powerful enough to carry one into space. Despite this, a number of odd observations occurred in those early days of the Space Age, many of which remain unidentified to this day.

The mystery all seemed to have begun around 1954, with a number of newspapers that featured stories quoting UFO proponent Donald Keyhoe, who around that time had overheard that the U.S. Air Force was monitoring two mysterious satellites orbiting Earth. Granted, at the time there shouldn’t have existed any technology capable of launching such a satellite into orbit; some further assert that Keyhoe’s statements had merely been in support of a new UFO book he had published. This might seem plausible, if not for the fact that Keyhoe revisited the “mystery satellite” cases from the 1950s in 1973, with the publication of his book Aliens From Space: The Real Story of Unidentified Flying Objects, which examined in greater depth the various observations of mystery satellites. In other words, it seems unlikely that Keyhoe brought up or borrowed the notion of mystery satellites purely as a publicity stunt.

Long-time UFO researcher and NICAP member Fran Ridge is also one who has taken note of these odd reports, discussing them in a lengthy article last year at the NICAP website. “At first there were reports in the 1950’s,” he said, “followed by reports in 1960, and more recently the reports of a Dark Star Satellite.” This “Dark Star” Ridge refers to here is, of course, the infamous “Black Knight Satellite”, an object that has appeared in many NASA photos over the last few years. Many continue to assert that the object is something akin to a 13,000 year old alien “probe” placed in Earth orbit by extraterrestrials long ago, with intent of studying the proceedings of human evolution as it ensued below. However, much to the chagrin of its proponents as a “genuine” alien vessel, the object that is commonly referenced as evidence of a “Black Knight Satellite” is well known to have been identified as a discarded thermal blanket from one of NASA’s EVA missions.

According to space historian James Oberg, “There’s a long sequence of the slowly-tumbling
thermal cover, clearly the same object previously misidentified as the ‘Black Knight’ satellite. It’s viewed through a dirty window but the shape is unmistakably the same.”

“You can hear the inside crew speculating on whether the spacewalkers would have a chance to grab it if it floated back,’ he further noted in a PowerPoint presentation he features on his website, jamesoberg.com.

In defense of those who have looked at the unusual object and leapt to an “alien” conclusion, it does, at times, look far more strange that its identity would seem to suggest. In fact, some photos depict the object looking far too large to even qualify as being a “thermal blanket”; it should be noted, however, that a number of obviously photoshopped images of the blanket exist online, which have further given the object a disproportionate size, and thus bolstering the “alien satellite” theory.

Despite all of this, many continue to argue that a single, massive “Black Knight Satellite” does exist, which, if taken in the broader context of more legitimate accounts of mystery satellites, only does us injustice by attempting to unite all the various observations into a single phenomenon. While the solitary “Black Knight” remains easily debunkable, the same cannot be said for other mystery satellites that have been observed.

“What really spawned my interest in all this was the Lunascan Project’s detection of what my Lunascan team believes was an unidentified LUNAR orbiter in 1996,” Fran Ridge recalled last year in his overview of the mystery satellite phenomenon. Ridge co-wrote a paper with astronomer Lan Fleming about the 1996 incident, in which a strange object was noticed in an apparent orbit around the moon for a brief period in September of that year (I should further note here that, according to an aerospace engineer friend of mine, the object may be an asteroid, although he noted that it is “unlikely a manmade object in lunar orbit since such orbit, as [Ridge] correctly states, are unstable, if low.” My friend’s best guess was that the object was an elliptical satellite in Earth orbit, or possibly a balloon, which had been among the possible theories proposed by Ridge and Fleming in their paper).

“As I began to collect information on Earth orbiters,” Ridge continues, “some in the form of documentation, the findings began to take the shape of a more comprehensive and interesting paper, rather than what I had initially envisioned.” Indeed, there does appear to be some interesting data about observations of unidentified satellites that exists today; consider an Advanced Research Projects Agency (former name of DARPA) document available online, titled “DOPLOC Observations of Reflection Cross Sections of Satellites”, which was filed under BRL Memorandum Report N. 1330, in March 1961. The report discusses no less than fourteen “reflections” of unidentified satellite objects, which to this day appear to remain unexplained. 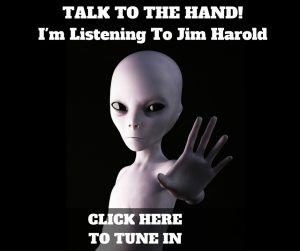 There are a variety of theories about what these “mystery satellites” observed during the 1950s and early 1960s could have been. One involves the “moonlet” theory, which describes asteroids or other objects too small to qualify as being an “actual” moon, but large enough to have been detected with monitoring equipment during the period in question.

Fran Ridge expresses dissatisfaction with the “moonlet” theory. “It was accepted as a legitimate statement back then,” he wrote last year, “but today we know better, much better. It was a preposterous explanation. For several asteroids or meteoroids to come in from space and just go into a low and safe controlled orbit IS ridiculous.”

“Even if there were moonlets out there,” Ridge says, “we would be hard pressed today to get them into a stable orbit and make missile launching bases from them.”

It seems that, while there may be a non-zero chance that such a “moonlet” phenomenon could exist, is is far from likely. What would allow some asteroids to enter Earth orbit, and merely coast along overhead, while others present the grave threat of being captured in Earth’s gravitational field, and thus plunge downward, with potentially grave consequences?

Whatever the strange mystery satellites were that astronomers were observing back in the 1950s, their origins remain as much a mystery today as they had been when they first appeared; perhaps we’ll never know precisely what had been drifting along overhead, back in those formative years leading up to our own entry into outer space.