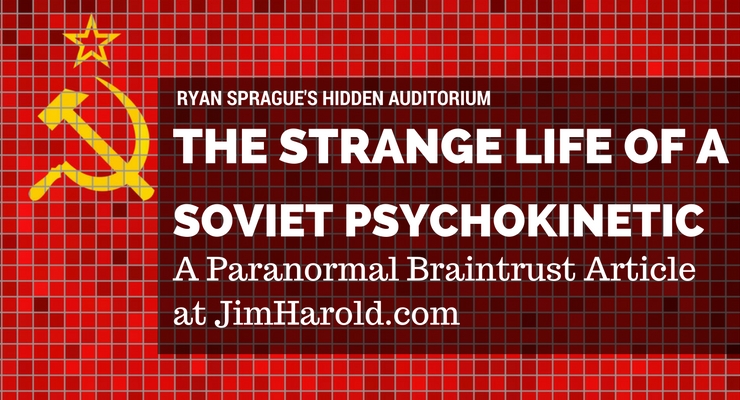 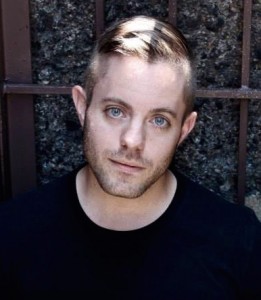 She was a mere fourteen years of age when she joined the Red Army. The Nazi regime was making its deadly presence in the siege of Leningrad, and along with her father and two siblings, Nina Kulagina was thrust into defending her town in freezing winter temperatures, meager rations of food, and very little electricity or heat keeping her and her fellow soldiers alive.

It was more than any young teenager should ever endure, but for Nina, she not only suffered through the nine hundred day siege but excelled in her regiment. She bravely served on the front line as the radio operator of a battle tank. Her endurance led her to climb the ranks, and she eventually became a senior sergeant. But the risk of her bravery and dedication to Russia would catch up to her when she would be seriously injured by artillery fire at the tail end of WWII.

She was left emotionally and physically scarred. Disabled, Nina lived a rather secluded life until she married and had children in the mid-1960s. But what exactly was Nina doing in the time between leaving the war and starting a family? Information is scant, but when she resurfaced, it was certainly in full force. And while her past was full of valor and intrigue, her future brought an entirely new reputation of the most mysterious kind.

Nina recalled, as a child, that her mother was able to move objects with her mind. This seemed impossible to Nina, but she would watch in awe as her mother focussed intently on household objects as they began to spin, drag, and even fly across the room. Many years later, when Nina realized that her motor skills had been hindered during the war, she wondered if this strange ability her mother possessed could be passed on to her. And as she would soon learn, it most definitely could.

For Nina, the objects began to move when she was angry. She had very little control over it. But slowly, she began to harness this ability, and would find herself in periods of deep meditation. Her mind would become crystal clear, and her focus on the object was at its prime. She would feel a sharp pain in her spine, and her vision would blur. This was when she knew that it was now time to move the object. And move it did. She began to harness this power and gained more control over it. Was this something to keep secret? Or was this something that could give her the confidence back that had been stripped of her since the end of the war? This was when she decided to come forward with her amazing abilities.

A noted physicist, V.F. Shvetz, came forward stating that he once observed Nina mentally projecting the letters A and O onto a sheet of photographic paper. She was also capable of transferring an outline of an image she was looking at onto photographic paper as well. These abilities often came with a harsh aftermath. Nina would suffer unexplained burn marks on her hands after demonstrating her powers, her clothes even catching on fire at one point. One European journalist even claimed that Nina had mentally caused a red patch of discomfort to appear on their arm after demonstrating a telekinetic test for them.

As time progressed, more people began to learn of this simple housewife’s fantastic gift. Word eventually spread to members behind the Iron Curtain, and Nina once again found herself in the tight grasp of the Red Army. The Cold War was heating up, and the American public would catch wind of several silent films where a middle-aged woman appeared to move objects on a table in front of her without touching them. These cryptic black-and-white films were allegedly made under controlled conditions by Soviet authorities and were observed closely by over forty scientists, including two Nobel laureates. All had examined Nina, and every single one of them confirmed that her telekinetic abilities were indeed genuine. However, many skeptics at the time believed these videos to be pure fabrication meant as propaganda to show the Russian superiority in right-brain functioning and the possibility of psychic ability control.

One of these curious videos showed a water-filled tank in which an egg was cracked open and poured into it. Using her abilities, Nina was able to separate the egg yolk from the white, spreading them to opposite ends of the tank, supposedly with nothing more than her mind. During this remarkable event, sensors placed on her body showed a highly elevated body temperature and heartbeat. Her electromagnetic field and brainwaves had also intensified to abnormal heights. As if separating the egg wasn’t enough, Nina was also able to meld it back together again with ease.

While this event was truly astounding, Nina would raise the psychic bar in March of 1970 when another video surfaced when she would use her powers not on inanimate objects, but on the heart of an actual creature. Curious if her psychic power could have an effect on cells, tissue and organs, a frog’s heart was placed into a tank filled with saline solution. Using a small amount of electrical current, the heart was kept beating. At this point, Nina was asked if she could change the pace of the heartbeat. Astonishingly, she was first able to make the heart beat faster, then slower, and finally she was able to make the heart completely stop. This came to a huge shock to all, and the Soviets wondered if this peculiar ability could be used on human beings. Could it, in essence, be one of the greatest weapons against an enemy attack? Fortunately, Nina admitted that her abilities couldn’t penetrate the cellular make-up of humans, fatiguing her greatly. It appeared as though the hearts of potential enemies would be safe.

While Nina’s abilities would make her a semi-celebrity, this also attracted the skeptical minds of many debunkers who believed it all to be a hoax. Many argued that the experiments conducted on her were not done in proper scientific conditions. Sleight-of-hand trickery, magnets, and hair-thin string were all culprits thought to be responsible for the objects being moved across tables and floors. Scrutiny over her abilities even caught the attention of well-known stage magician and scientific skeptic, James Randi. Randi backed up these claims that everything Nina was known for could easily have been fabricated and that absolutely none of her actual psychic powers were authentic.

As the tests continued, it became clear that Nina’s abilities were taking a serious toll on her health. Doctors who’d been monitoring her were concerned after several experiments caused her to lose weight, her heart beat would become irregular, and she would spend days in bed suffering severe exhaustion. It appeared that to perform these feats, Nina was somehow converting the matter of her own body into psychic energy. Other symptoms began to appear, including a complete loss of her taste buds, disturbed motor skills, and extreme pain in her extremities. During this deterioration of health, she also suffered a nervous breakdown in 1964 and was put under close observation in a local hospital. While recovering, it was said that she spent most of her time sewing. While this may seem innocent in nature, something strange caught several of her doctors’ attention. Nina was able to reach into a sewing basket, select a specific color of thread, and all without looking. Upon inquiring how she could choose a color without seeing it, she claimed that she could see the colors with her fingertips. This was yet another fantastic ability to add to the list.

The contention and skepticism by the scientific community began to eat away at Nina. She struggled merely to prove that her powers were real. The Soviets welcomed her determination, and would push her to the furthest limits. Unfortunately, this caught up with her when in the late 1970s, she suffered a near-fatal heart attack. It was a clear message to the scientists, doctors, and the military intelligence agencies to finally slow down and give Nina the space she rightfully deserved to recover in peace.

Nina would conduct personal experiments with private institutions for the next two decades, knowing that she couldn’t completely suppress these special abilities. No matter the intentions of the Red Army, she knew that her powers could also be used for good. Many claimed that by merely placing her hands on them, she could heal some ailments and wounds. While this could not be proven, it brought about a whole new level of potential for what Nina could truly do to benefit her country. She was watched very closely for the remainder of her life, never being able to escape the fame and burden of those who believed in her psychokinetic abilities and those who didn’t. This would haunt her until her death in 1990 at the age of 64.

The attention to Nina was not unjustified at the time as Russia was willing to explore any type of alternative warfare in the race to beat the Americans. Remote viewing and anomalous cognition were specific areas that they found of keen interest. While the Americans focussed on the nuclear arms and space race, Russia was digging deep into the mind to create the “psi race.” The Americans wouldn’t truly catch on and take this topic seriously until many years later.

In October of 1978, Maj. Edmund Thompson, then the Army’s top intelligence officer, ordered Intelligence and Security Command to look into Extrasensory Perception, and a Pentagon-wide program, known as Project Grill Flame was set into motion. Another program of note came in 1986, with the Defense Intelligence Agency’s Project Sun Streak, in which psychic abilities were used to find the whereabouts of the Libyan leader, Muammar Gaddafi before American planes bombed the country. It was clear that there was potential for such extraordinary abilities in warfare, and thinking outside the box was a beneficial strategy. Could this all have been prompted by the exploitation of Nina’s abilities over in Russia? Did the so-called “propaganda films” actually have more of an impact than once thought? There’s no way of truly knowing, as there is also no way of knowing if her abilities were authentic or not, to begin with. But one thing was certain: the doors of psychic warfare had been opened, and it is doubtful that they will ever truly be closed as top secret black budget projects hide in every corner of both countries’ intelligence and defense agencies.

While the strange life of Nina Kulagina involved abilities that even today have yet to be proven authentic, it wasn’t the psychokinetic aspect of her life that would be most remembered. Even at her funeral, she was praised for her dedication and service to the army earlier in her life, being hailed as the “Hero of Leningrad.” She had fought for her life defending her people and her country, becoming a cultural icon for both soldiers and women everywhere. Whether the fringe-filled aspects to her story afterward hold any true merit will be debated by believers and skeptics alike for many years to come. But for Nina, it surely was a life worth living. And as this article, and many others may suggest, it is most certainly a story worth telling.

Ryan Sprague is a professional playwright & screenwriter in New York City. He is also an investigative journalist, focusing on the topic of UFOs. He is the author of the upcoming book, “Somewhere in the Skies: A Human Approach to an Alien Phenomenon”, published by Richard Dolan Press. He is the co-host of the critically acclaimed podcast, Into the Fray, available on iTunes & Stitcher. His other work can be found at somewhereintheskies.com